You can travel to New York from throughout New Jersey on many bus routes. To check bus service near your location, click here. Following are the major routes. To view bus timetables in PDF format, select the bus route number below. TIP: To quickly jump to your bus route, click the selector box below and type the route. New Jersey Transit Route - Free download as PDF File .pdf), Text File .txt) or read online for free.

The Erie station in Paterson is elevated, with a center platform. Continuing north the Main Line is elevated through Paterson, passing over streets. After several grade crossings in an industrial area, the tracks cross the Passaic River on a truss bridge. Hawthorne is the next stop, at grade level. After a long stretch, the train reaches Glen Rock station, at grade level at a crossing. The line widens to three tracks in Erie days the line was four tracks from here to Suffern NY.

Ridgewood station is next, with Spanish-style design on the station building and with newly constructed high-level platforms.

Next is Ho-Ho-Kus , also at grade. Waldwick follows with an abandoned station building on the northbound side and a footbridge connecting the two platforms. Waldwick Yard is just north of the station with the restored WC tower on the southbound side by the yard. Just following Waldwick Yard is a grade crossing. North of the grade crossing which has three tracks the line becomes two tracks. Allendale and Ramsey follow, both as grade-level stations. Ramsey-Route 17 station opened August 22, is next.

It was alot better coming back to New York later that night. New Jersey transit is very well operated. 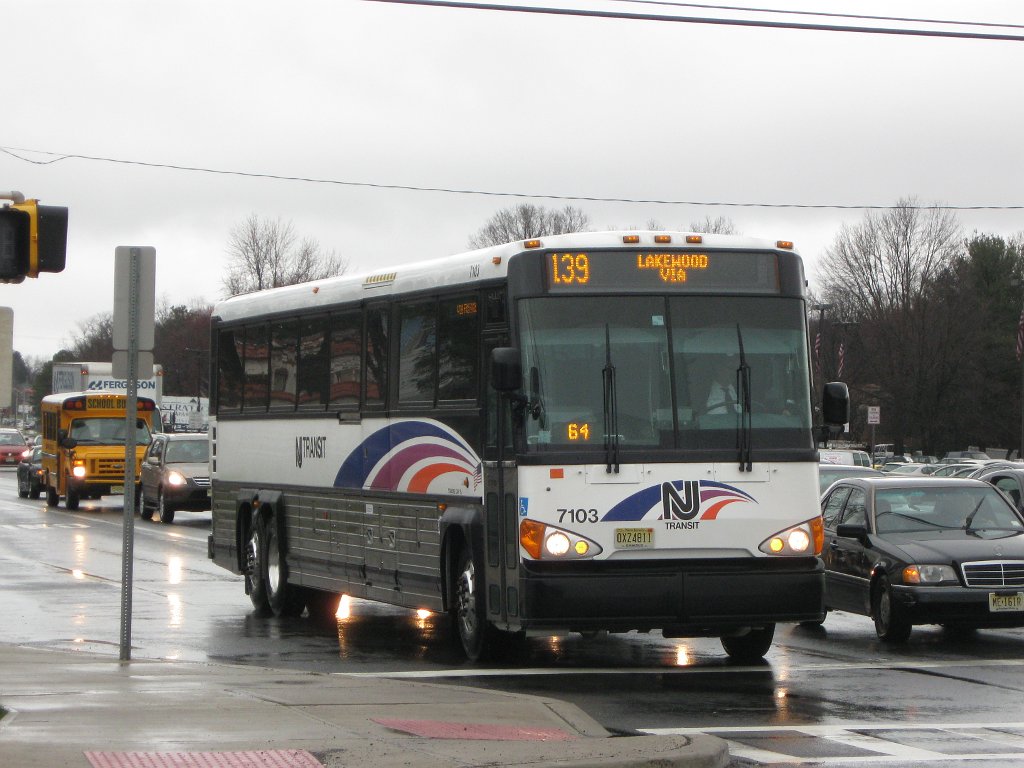 I've never had a problem getting to any location on time. The bus is always clean. The drivers are professional. The drivers drive safely. You don't see them speeding, eating, reading, or talking to passengers while driving.

This past weekend at the park and ride, N. Transit was checking buses before they left. The employee I thanked was dressed neat and clean looking very professional.

I told her I appreciate the work they do. When you take public or even private bus service you are putting your life in their hands. I've ridden on one private bus line to Woodbury Commons.

I was frightened the whole trip. That driver was crazy. I wanted to kiss the ground when I got off the bus. I haven't been back since.

I'm afraid he is a regular driver on the route I take. I've never had any frightening experiences on N. Even though the price is going up, if that's what it takes to maintain equipment, and have great drivers, then I'm all for it! I can't put a price on my life.

Why are most NJ transit operators so unhelpful? If the bus is going to be late, why is it such a big deal to update the commuters with some information? Instead of sitting on your butt inside your little cubicle, why can't you do your job a little properly? I understand that New Yorkers can be cruel and selfish, but that doesn't give you the right to be rude to everyone who just asks a simple question politely.

Bus is late for more than 20 minutes and still no update from the NJ transit operator sitting inside the cubicle with a walkie talkie that tells you exactly where the buses are. Just quit. Go home. If you can't put on a fake smile and answer a few questions, go fucking home and mope. The buses just done come.

Waited for 1. No busses. No one to call as the government workers went home for the weekend. U suck NJ transit.

How can this bus service be anything other than a joke? We arrived to our pm bus time 5 minutes early, and the estimated arrival at pm suddenly disappeared as if it never existed.

How can you erase a bus from the schedule? We had to wait an additional HOUR to get on the next bus, I might as well have driven to the city myself, or walked for that matter. Utterly ridiculous and abhorrently irresponsible. I will never use this bus service again, if I could give this lower stars I would. I cant even give our bus system nj transit a 1 rating but I have no choice. It is managed lik a third world country They dont have any regard for peoples time. Bus never meets their schedule so dont depend on it or you will suffer.

I've been using the NJ Transit buses for a little over a year now, namely the and the The former I used primarily to travel between Cresskill to Teaneck and back in spring of , and the I have been using to get from Englewood to Port Authority and back since September. Each line has When I was taking the , for the first month I was using it, the bus would regularly just drive right past the Cresskill bus stop, despite me and others present trying to wave it down.

After making plenty of phone calls, they started to actually wait, but over of the course of 5 months, only once was the bus driver genuinely nice rather than being an utter jerk, and said decent driver admitted to only being there because the person who was supposed to be handling that route called in sick at the last minute and I myself ended up guiding them along the route.

And when trying to take the bus back to Cresskill, not only were the drivers not much better, there was one occasion where I ended up waiting 90 minutes for a bus that's supposed to come every hour, only for it to ditch me in New Milford instead of Cresskill.

True, the switches its finally stop every other hour, but even then, why had the Cresskill not shown up? As for the , being a bus that goes between New Jersey and New York, you'd think that the trip leaving the city would be faster and more reliable than when trying to enter NYC.

Oh no, there's been an error

However, the opposite couldn't be more true. Over the past nine months, I have regularly been made to wait anywhere from 30 minutes to over an hour for a bus that's supposed to be there every 20 minutes. Next stop is Passaic , on an embankment. After Passaic, the Main Line has a stretch through some industrial areas before the Clifton station , also on an embankment. The Main Line passes under U. Route 46 and the Garden State Parkway before it crosses under and over several streets in south Paterson.

This connection was single track when built circa , then double-tracked in a rehabilitation project in The line passes under Interstate 80 and heads into downtown Paterson. The Erie station in Paterson is elevated, with a center platform. Continuing north the Main Line is elevated through Paterson, passing over streets.

After several grade crossings in an industrial area, the tracks cross the Passaic River on a truss bridge. Hawthorne is the next stop, at grade level. After a long stretch, the train reaches Glen Rock station, at grade level at a crossing. The line widens to three tracks in Erie days the line was four tracks from here to Suffern NY. Ridgewood station is next, with Spanish-style design on the station building and with newly constructed high-level platforms.

Next is Ho-Ho-Kus , also at grade.Title: T After several grade crossings in an industrial area, the tracks cross the Passaic River on a truss bridge.

Passengers are available who pay a full rate transfers as long as it is a full trip should be made using only two buses within the city of New Jersey.